I love this idea by Design Mom to explore where you live and write about it. I’ve been meaning to share our experiences in the towns nearby us, so I’m happy to have an excuse to share today. We live right on the border of Lexington and Arlington, so I’m over in Lexington on a weekly if not daily basis to run errands. We especially love going to the square in the summer, which is lively with barefoot couples and cyclists taking a break from the nearby rail trail.

One of the splendid parts of living in Massachusetts is that you are immersed in history. Sure, the history is not that old in comparison to life in our previous British village, which has been around in some form since the 13th century. However, for a southern girl, the 1700’s are plenty old enough. Strolling the Battle Green is a humbling, goose-bumpy experience, especially when the clock strikes the hour and the nearby bell chimes “America The Beautiful.” 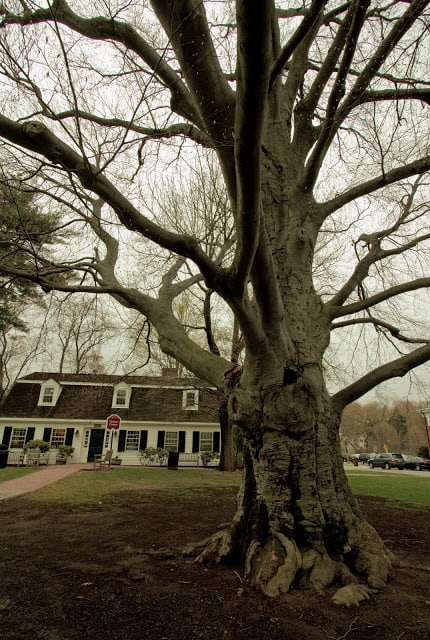 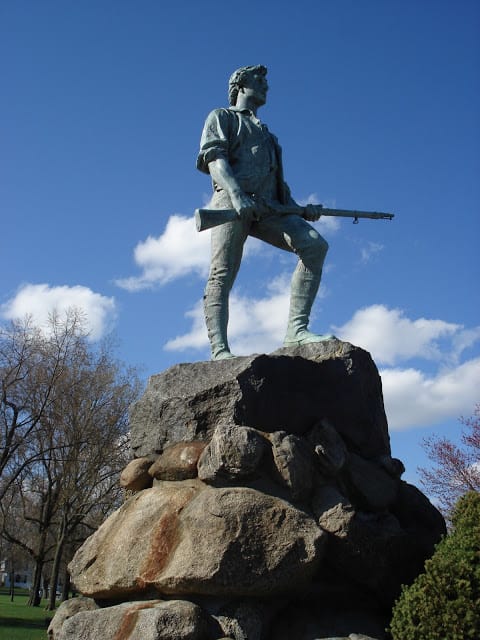 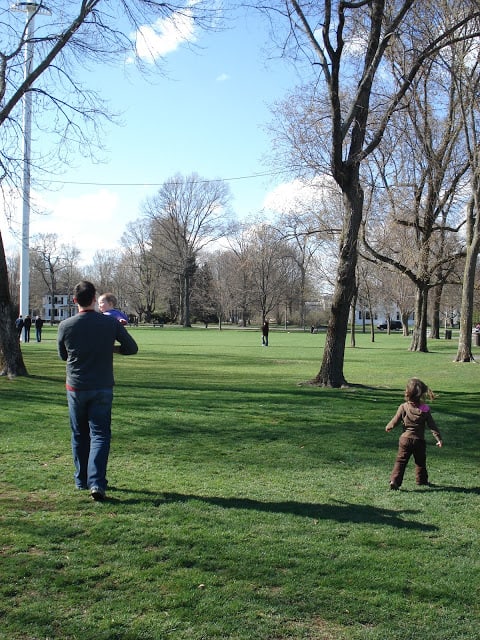 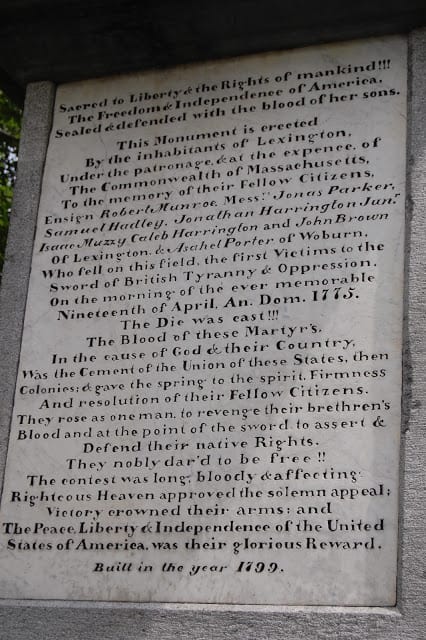 The monument above is dedicated to the inhabitants of Lexington who died at the beginning of the Revolutionary War on April 19, 1775. It is my absolute favorite monument I’ve ever seen because of its impassioned dedication, written a full 24 years after the war. If you can’t read the inscription on the photo above, it’s available here. In my opinion, the greatest passage is the one that reads:They rose as one man to revenge their brethren’s Blood and at the point of the sword to assert &Defend their native Rights. They nobly dar’d to be free!!
Two exclamation points!! I’m sure in today’s era it would be regarded as overly dramatic, but I believe a lack of passion is the greatest absence from modern politics.

For those of you (much like me) who need a brush-up history lesson, the basic events of the battles at Lexington and Concord began with the British army being ordered to take Colonial militia supplies stored in Concord. Paul Revere and others warned Lexington, on their famous “Midnight Ride,” of the upcoming battle the next day. The first shots were fired at dawn on the Lexington Battle Green, and then the battle moved on to Concord, where the Colonial militiamen pushed the British army back to Boston.

On the drive from Lexington to Concord down the Battle Road, there are many historic landmarks. My favorite is the Minute Man National Historical Park, where you can see sites of some of the Midnight Riders’ homes, the North Bridge, and the Battle Road Trail. I recommend the quaint Liberty Ride, a guided trolly tour along Battle Road complete with a knowledgeable volunteer dressed in period garb. A piece of history is at your feet, and all around you are lush New England woods. My idea of paradise. 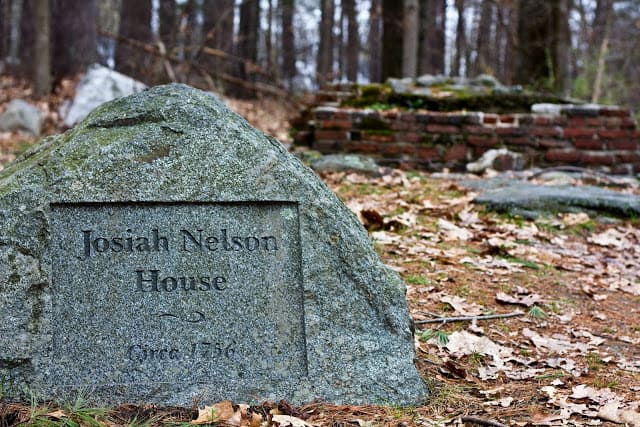 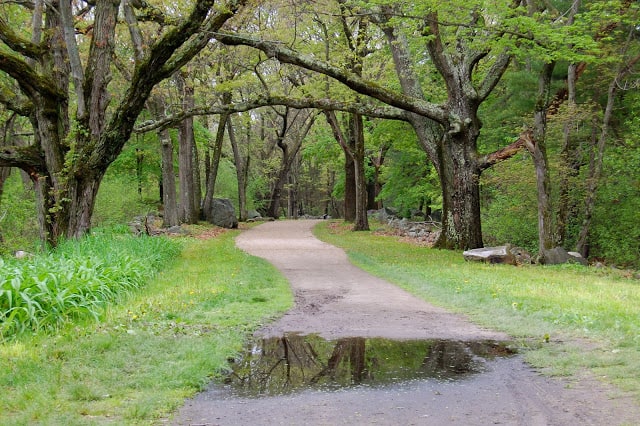 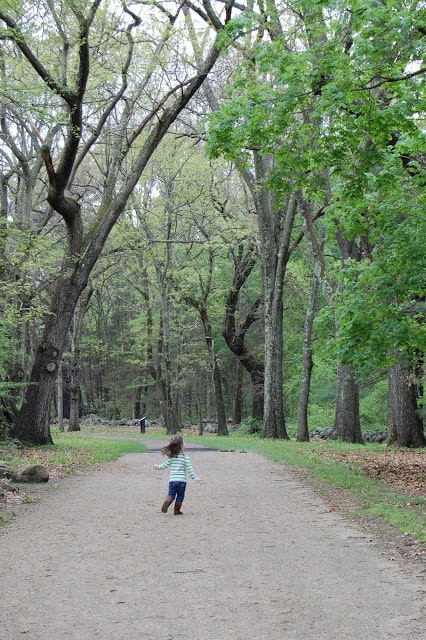 Editor’s note: This post is part of Love the Place You Live