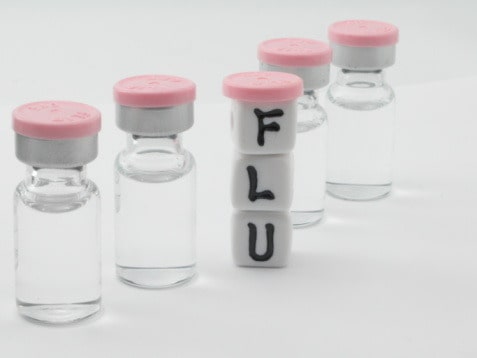 “Mieux est l’ennemi du bien”{Perfect is the enemy of good}-Voltaire
I try to practice a “live and let live” mentality when interacting with people. I find it doesn’t bode well to push my advice on others; if they don’t want to hear what I have to say, they aren’t listening and will come away feeling like I’m a bully, not a help. However, when I consider not telling people about why the flu shot is a good thing, I’m forced to reconsider my stance. “Live and let die” is perhaps a more apt description of what I’m doing.

Because I want to strike a balance between “to each his own” and social responsibility, I’m going to present some information without judgment in this post. I realize people have their own reasons for their decisions, and you can’t always predict why a person would refuse the flu vaccine. The CDC has a two-page PDF with some typical declining responses (they call them “excuses,” but I’ll be less negative) and their reaction to those decisions. I’ll also summarize them below.

First, in case you haven’t heard the news, Massachusetts residents are living in a “moderately severe [flu] season” according to the MA Bureau of Infectious Diseases. To drive home the difference between average and moderately severe, last year by this time we had 70 cases of flu, whereas we are now tenfold that number at 700 cases. Do some quick research and find out what flu season is like where you live.

Even if the flu season is average, there are good reasons to get the shot. Here’s a summary of the common reasons people don’t get the shot and my rebuttals:

This is an absolute myth. It takes two weeks for the shot to become effective in most cases, so it could be that you came in contact with the flu independently of the shot. If you’re referring to the minor aches and pains that are the side effects of a flu shot, you have clearly never experienced the actual flu, or you would know the real agonizing symptoms.

It is true that the flu shot is only effective in 60% of the population. It’s not perfect, but it’s pretty good and all we’ve got right now. See Voltaire quote above.

2. “I’m healthy and will recover even if I get the flu. I’d rather take my chances than risk the possible toxicity of the shot.”

You don’t just protect yourself when vaccinated but others around you too. If you spread the flu to an elderly person, a pregnant woman, or an infant, that person could die in a matter of 48 hours of pneumonia or other life-threatening bacterial infections. Death is not an uncommon reaction to flu in those populations. When put that way, there’s almost no reason I can think of not to practice herd immunity in this situation.

As far as flu shot toxicity is concerned, this vaccine has been around for fifty years. There is no evidence basis for the belief that it will cause long-term damage to your body, except in extremely rare cases of severe allergic reaction. Compare those odds to the actual chances of morbidity and mortality with the real flu.

Don’t believe me about the lack of scientific research? Just Google “long term side effects of flu,” and you’ll see the only documents that come up are written by natural news networks with lots of conspiracy theories but no citations from peer-reviewed journals, or any medical journals at all for that matter.

If you are pregnant and don’t want to risk harming the fetus with the vaccine, I understand and empathize. I’ve been there, and everything you put in your body when pregnant is a difficult and thoughtful decision. Without judgment, I’d like you to consider the chance of harm to the fetus if you have the flu so you can weigh the options with education before you make your final decision. Flu during pregnancy can result in premature labor and delivery, and even death to mother and/or baby.

For parents questioning whether to vaccinate your children, I can once again empathize. I went through a similar dilemma as a new parent. I still promote an alternative vaccination schedule if your time permits doing so, as presented in Dr. Robert Sears’ informative book, The Vaccine Book: Making the Right Decision for Your Child. However, I don’t suggest delaying getting the flu shot for your children (or the LAIV nasal spray if offered), as I think the cons of possible pneumonia and death from flu far outweigh the minor side effects from the shot.

I’ve beat the vaccine drum enough for one day. Now go out and get your shot!

Update (1-18-13): I hate even sharing this article from The Daily Beast because it is so factually inaccurate and potentially damaging. Shame on them. This writer is a disgrace to intelligent female writers. However, I do feel the need to rebut several idiotic comments this charlatan writer makes in her ridiculous article they dare to call a “rebuttal,” in the hope it will help you provide your own rebuttals too.

This person does what I hate most in short articles on the internet; she attaches two or three links so you think she did her homework and then fails to cite sweeping generalizations such as “62% falls short of the rate normally required by public-health officials.” First of all, public health is not hyphenated (personal pet peeve). Second of all, says who? It’s not cited! Arg. Sometimes the links aren’t even relevant, such as when she links the EPA to the purported side effects of thimerosal, which is not at all what the EPA does on that link.

Here’s a quote in the article: “…Healthy people tended to choose flu vaccination, while the “frail elderly” didn’t or couldn’t….if you care more about your health overall, you’re more likely to take protective measure—like getting the flu shot, and probably also eating right, exercising, taking vitamins, etc.” Since when do elderly people not care about their health? Maybe they aren’t getting the shot because morons like her are scaring and confusing them!

Then there’s the classic GBS concern. In 1976, you had a 1 in 100,000 chance of getting GBS from the swine flu shot, and the risk of GBS from vaccine is even less now. When failing to mention the much more likely life-threatening effects of flu (even for healthy people; read: cytokine storm), mentioning GBS without context is fear-mongering, plain and simple.

Here’s another ridiculous statement about a (uncited, wink wink) study: “What’s more, an ongoing study out of Germany of 8,000 unvaccinated children showed that vaccinated children have at least two to five times more diseases and disorders than unvaccinated children.” Oh right, and I brought my umbrella to work today, so I must have caused it to rain. Correlation does NOT prove causation, dummy. What is the likelihood this “ongoing” and “self-funded study” controls for confounding factors such as that parents who do not vaccinate are considerably more likely to homeschool, thus ensuring their children aren’t around other kids to contract illness, and even more important might be more likely to breastfeed than the general public, ensuring their kids get the best antibodies

Finally, here’s one last argument proving her horrible research writing skills. She ends with “Wash your hands with antibacterial soap!” Have we not learned that lesson yet, dearie? Antibacterial soap is bad news. That’s perhaps the worst recommendation I can imagine giving a bunch of unsuspecting readers who may be planning not to get the flu shot. The moral of the story? Check and double-check your source!