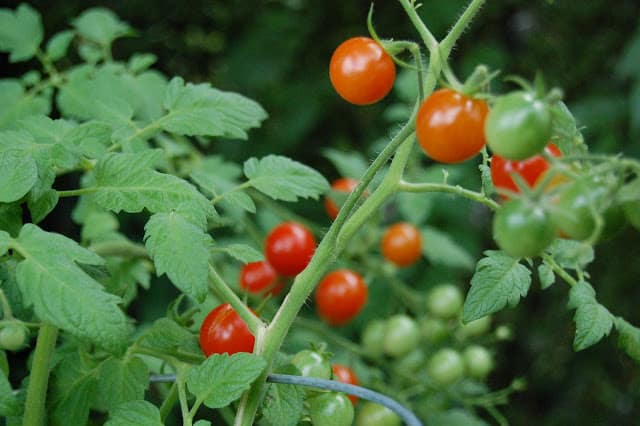 On July 1st, I surveyed my garden’s progress after just returning from a long vacation. Some plants didn’t fare well without being watered (hehem, poor strawberries), but luckily it rained a good bit while I was away so most plants looked good. My neighbor behind us saw me eating a cherry tomato (yay, tomatoes already! was what I was thinking) and said “Yawh gettin’ one or two now, but you won’t have enough for a salad until August.” Pish posh, said I. I’ll have tons of tomatoes before then. 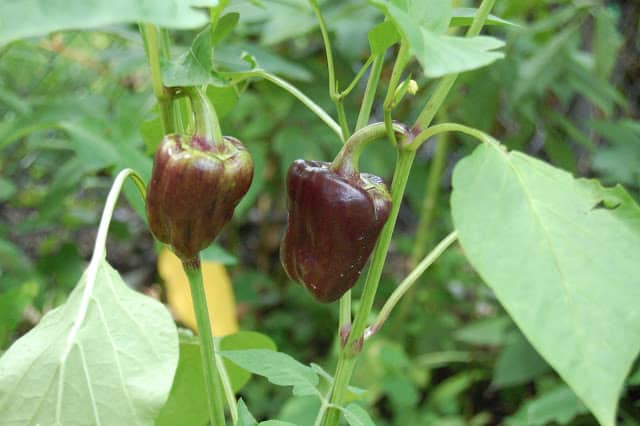 Chocolate peppers
It turns out he was right! Glancing out my window this morning, I realized it is now August, and I have just enough tomatoes for a first salad. Trust the locals, y’all. In less exciting news, my zucchini and squash plants are all but dead. I’ve seen squash bugs on them rarely, so I didn’t think it was a problem, but it turns out they hide during the day so you have to go out there first thing to see them.

My leaves had began yellowing at first, which I thought was just underwatering, but it turns out it was probably the first sign of trouble. Organic mulch is their preferred habitat, so I was likely my own culprit by surrounding each plant with fresh compost. Oh well, next year I’ll go for straw and leaves.

For now, I’m pulling up the dead plants and considering what to put down in their place. Cucumbers or carrots? It seems cucumbers can encounter the same bug trouble as squash, so I’m leaning toward carrots.

Meanwhile, the potted herbs out front are doing quite well. 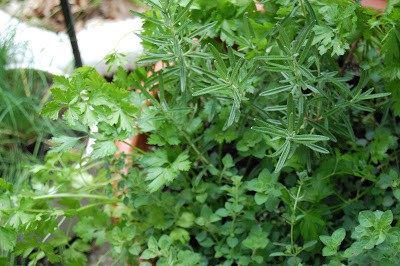 I water them daily and fertilize every two weeks, and I occasionally prune them and make pesto and/or dry them in paper bags. I opted to replace the dead strawberries and sunflowers with lavender and dill to round out my herb garden. So far, they are the much easier, more satisfying, and cheaper of the gardening experiences this year.

Hopefully in future years my vegetable gardening knowhow will grow and allow me some better success. For now, Vivi and I are grinning at our basket of cherry tomatoes that will make a refreshing summer salad tonight.

How is your garden growing?

Editor’s note: This post is part of The Homestead Barn Hop and The Morristribe Homesteader Blog Carnival