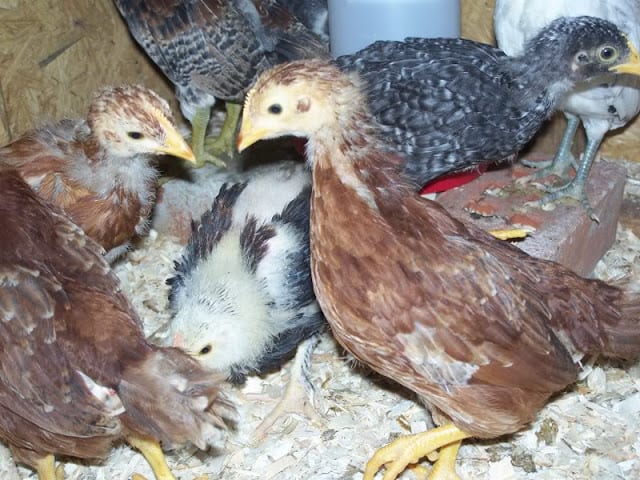 I’m thrilled to have a guest post today from Kassandra. Her ability to change what could have potentially been a disastrous experience with her family into a positive one is an inspiring story. I only hope I can be half as insightful about my own family moments. Be sure to read through to the bottom so you can see her bio and her discount offer to Ranger readers!
****

At 6am on a Tuesday morning, I went outside to answer the call of nature and saw that nature had called in a totally unexpected way during the night. Our backyard was suspiciously silent, and as I peeked around the corner I noticed a chilling sight. The night before there had been 10 lively three week-old chicks. Now, five half-eaten chicken filets, and two whole dead chicks lay on the ground. We never found any trace of the others.

I had an early morning appointment so I did nothing at that time. An hour later my husband woke up; we went outside to look together, and this is where it gets interesting. He said to me “We’ll have to be very gentle with the girls and tell them that a very, very sad thing happened.” Something inside of me paused and said, hmm. Out loud I said “Wait a moment. I’d like to just let the girls know what happened without projecting our emotions onto the experience. Gently letting them know our chickens are dead seems good. Not cleaning up until the girls can see for themselves what happened, seems good. But telling them it is a very, very sad thing? That doesn’t seem right.”

At first, my husband thought this was nonsense. I explained to him I wanted to let them have their own emotions whatever they were. Maybe they’d be sad. Maybe they’d be angry. Maybe they’d be curious. I didn’t know what to expect but wanted them to have their feelings without having to contend with our expectations. He said we could try it my way.

Thus for the girls, the morning started normally. We all had a few minutes of talking and cuddling. Then we told them simply that the chickens had been killed in the night. It went really well. The girls did have some sadness, but it flowed in and out with other emotions and reactions. Also present were curiosity, anger, denial, problem solving, blaming, a desire to get more chicks and try again, and remembrance of special chick moments.

I think that curiosity, anger, and problem solving are three reactions that may have been more difficult for the girls to express if all the emphasis had been on how sad it was to lose our chicks. We got to talk about how our enclosure was not raccoon proof. In truth the more we looked at it, the more we realized it was more like a ‘get dinner here’ neon light for raccoons.

Then they started blaming the raccoon and calling it bad. I pointed out that we like to eat chicken too and the raccoon was just hungry. It wasn’t bad. It was just being a raccoon and we had left an easy dinner out for it.

Then blame shifted to me. I was able to let this blame flow as part of them trying to make sense of the irrevocable consequence of the bird’s death. I pointed out that they were not my chicks alone and that daddy or mommy or either of the girls could have remembered to put them away earlier. I also pointed out that we had left them out the night before and nothing bad had happened. Sharing my point of view may have helped, but it may have been better for the girls for me to just hear them and let their words and feelings flow without banging into my logic.

The girls got to look at the bodies of the dead chicks. They asked questions about body parts and how the chicks died. Some were just feet and feathers and skin. Others were mostly whole. Still others were somewhere in between. If I was locked into thinking this event was sad, it would have been a short logical jump for me to try to protect my girls from seeing the dead chicks. I would have wanted to protect them from being too sad, or grossed out, or shocked. I could easily have cleaned the chick bodies up at 6am and hidden the whole mess away. I could have refused to talk about it. I could have said the chicks were called to Heaven or any other phrase that acknowledged they were gone but gave no real information.

Instead, what the girls got to do, and what we got to do as a family, was to see the direct consequences of our actions. No one put the chicks into the fully enclosed pen. Instead we left them in the open fencing overnight. We made choices, and now we had dead chickens were the day before they had been alive and pecking. The visceral reality of those choices was incredibly valuable to me. In this world of instant gratification and virtual experience, I am so grateful for the chance to experience a small piece of death and self-responsibility with my children when they are only seven and four years old.

*****
Kassandra Brown recently began living her homesteading, off-grid dreams by moving to a rural ecovillage. To support her family and help heal the world she offers phone-based support to parents and children through http://parentcoaching.org where she invites each person to pause and reflect. Through direct experience she then helps each of us find our own solutions to realize our own goals. She is offering a special gift to the first 6 people from this blog who visit http://parentcoaching.org/lonehomeranger