Nate is having a long work week, during which he is still in Boston but pretending to be in San Francisco where the rest of his team is working on The Big Project. Cali time means late nights at the office. I can go a couple of days without his husbandly companionship and parental assistance, but usually by day four I am officially unraveling. Last night I was having one of those moments in parenting that we all try not to talk about, where all I want to do is work on my night cheese, and meanwhile I have a child who is insisting on playing the matching game–or infinitely worse, “princesses.”

What is a mother to do in such a scenario? Parenting books offer the occasional good idea. Back when she was just turning three, we had a “will you play with me?” terrorist living with us, and we learned to enact ‘special play time with Mommy/Daddy.’ Fortunately now she plays for much of the day with Charlotte or off in her own little world of make believe. But there are moments, particularly the after-dinner, dark-outside, Charlotte-asleep time of day, in which you’re just too tired to play but can’t stomach the thought of turning on the TV/electronic babysitter. I find that books aren’t good at offering solutions for this time of day. 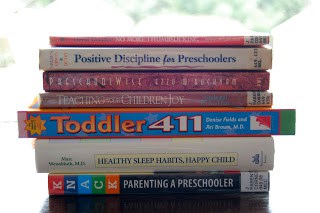 Thank goodness for friends with tips. I had a girlfriend over for a play date last week (you know, where we chat and do our best to ignore them while they play, preferably upstairs). She has two kids around my kids’ ages and another on the way (gulp!), so we have lots in common…’cept for the bun in the oven part. In particular, we both have a love-hate affair with the notion of moving back home, and we also like to bitch about how it feels like being sucked into the vortex of doom to play princesses with our daughters for any length of time. So I was particularly pleased that she shared this educational website with me, where your child can go to play computer games and actually learn in the process.

Why have I never pondered this idea of letting Vivi play computer games? Once my friend mentioned the idea, a memory came whizzing back of when I was sixteen, and my three-year-old baby brother grabbed me by the hand to show me his “hilarious computer game that spoke in a gibberish language called ‘panish.” We have a six-year-old MacBook that just sits around in the office, so after Charlie went to sleep, I set up Vivi to play. I began by explaining “this is called a mouse, and you…,” at which point Vivi grabbed the mouse and started scrolling up and down with her middle finger. Oh. They’ve been teaching computer at school, and this is the point I realized I’m the old lady. {Shiver}. Anywhos, she played intensely for 30 minutes while I peacefully and uninterruptedly did the dishes in the adjacent kitchen. And it was good. Amen.

There is essentially nothing worse than playing princesses and pretending to be interested that we are once again slaying the dragon and saving the day. Although, there was a funny moment the other day where her doll Jessie (from Toy Story), which has a pull string, asked her if she wanted to “put on a Wild West show.” Vivi immediately turned to me and said “What’s your wish, Mommy?” She had misheard Jessie’s remark as a “Wild Wish Show.” Those kinds of funny moments make pretend play less bothersome, but for the most part I am digging into the depths of my soul in an attempt to stay in the moment. Luckily, she doesn’t seem to notice or care about my vacant, glazed expression.

If you do find yourself coerced into play time, I enthusiastically recommend eeBoo games. Vivi has an alphabet puzzle, memory game (my personal childhood board game fave), and dominoes, and they are a zillion times better than Candy Land, which recently made an unfortunate, hehem, disappearing act. We also both love the big collections of stories; one of Vivi’s frequent requests of late is “alottalottalotta stories in my bed.”

Never fear, parents! You too will get through this time. And don’t forget, there’s always late-night cheese.

Editor’s Note: This is a part of Teach Me Tuesday