A few months ago, I had an IUD for a brief moment. I struggled with whether to write about my experience here, but then Jamie (aka the grumbles) blasted through with all her badassery and Hell Yeah Unicorns, and I was inspired to share my story, although luckily my story is not nearly as horrible and gory as hers. Sorry Jamie.

I am sharing my experience because my story wasn’t one of the many I read about prior to getting my IUD. As a doula, I want my clients to have as much information about birth so they can make their own empowered choices. I support whatever those choices are, so long as they are accompanied by corresponding evidence. I feel the same about your reproductive choices, Reader. The More You Know, and all that jazz.

………………………….
Last night I watched Lena Dunham’s show Girls for the first time. We got the first season from the library, and because binge-watching is our favorite way to get into new shows, we watched three episodes in a row. I am really not quite sure how Girls is related to the rest of what I’m writing about today, but somehow it seems vaguely intertwined. Something about solidarity, mothering our female friendships, hoes before bros, or along those lines. Plus, it’s really hard for me to start out by saying “So y’all, about my vagina…” and this side note is my way of stalling…………………………..
So ya’ll, about my vagina.

Looking back, I can’t even remember exactly why I thought the IUD was the way I wanted to go, except that I was sick of swallowing The Pill’s nasty hormone cocktail, and hormone-free birth control seemed like a good option. What I had read about diaphragms wasn’t all that gung-ho either, so I figured in the realm of the sucky contraception options available, maybe ParaGard would be okay. ParaGard is the IUD made of copper, and my gynecologist assured me it’s been on the market for a long time and is substantially improved from previous versions. I asked a few friends who used it, did some brief questioning of Dr. Google, and then jumped in, vagina-first.

{Warning: some graphic details will follow. Put down your sandwich}.

I’m not exaggerating when I say IT HURT LIKE A BITCH to have the IUD put in. Something about expanding a balloon inside my uterus to check its size (BLARG! hmhmhmhhmhm…I can’t hear you…), then some bleeding that resulted from her pinching me from the inside. Yup, you read that right. She stabbed me in my uterus. Ever been poked in an internal organ while under no anesthesia? Doesn’t feel great, amiriteladies?

Let me put it this way. I have experienced two unmedicated births, and this experience was hands-down more traumatizing. With my births, I was fully expecting the pain, and I knew it was natural, serving the amazing purpose of bringing my babies to my arms. That kind of pain I can handle. But the kind of pain where she doesn’t bother even telling me it’s going to hurt, beyond a flippant “this will sting a bit” as she was putting her hands in me, is another story. Once I started up my Lamaze breathing, she glanced over my splayed legs with a half-alarmed, half-annoyed look and said “You’re not going to pass out, are you? I’ve had some women pass out on me and fall off the table.” OH REALLY, thaaaaaat’s quite interesting. Maybe you could have mentioned that in addition to the sting. A bee stings. This was not a sting.

I went home feeling a little shaky and tried not to think about it.

Cut to a morning less than 48 hours later. I was making eggs in a cast-iron skillet, and even when still cool, it felt hot to the touch. I ran over to the sink and scrubbed my hands clean, but the itchy, burning feeling didn’t subside. The closest I can come to describing the feeling is that it’s like accidentally touching fiberglass. You can’t see the stuff, but it hurts acutely like you want to remove a splinter right away. My hands stayed swollen, splotchy, and red all morning.

I didn’t yet connect the trouble to my IUD (Would you have? Three feet away inside me, it seemed like a non-issue), but I did consult Dr. Google with the query, “Why is my skillet giving me hives?”

[This part in the story is where I should probably pause and tell you that no earlier than a week before this problem, I had an exchange with my husband about how I never wear earrings because they are so itchy and uncomfortable. He postulated that like his mom and sister, I probably had a mild nickel allergy. It explained so much, including why some earrings were bothersome and others were not.]

Back to my kryptonite skillet. Google revealed the most common answer to be that modern iron skillets are sometimes plated in nickel because it is virtually indestructible and a good conductor of heat. Aha! That piece of information also helped me understand why our smaller heirloom skillets weren’t posing a problem to my hands. They were likely made prior to nickel-plating.

What I hadn’t yet figured out is why I suddenly was more allergic to the skillet now. What had changed? The IUD was made out of copper, not nickel…or so I thought? Not so fast, oh-ye-who-trusts-pharmaceutical companies. With some digging, I turned up others saying they had spoken with reps at ParaGard, who explained that while the IUD is coated in copper, it is actually comprised of a nickel core. Say what?

It’s not difficult to understand why they chose this make-up because nickel is quite cheap compared with copper. What might be more difficult to understand is why it isn’t written ANYWHERE ON THE PACKAGING that nickel is in the ParaGard. Is it still tough to put it together when you hear that nickel is one of the most common allergies? It’s no surprise to me that ParaGard isn’t advertising the nickel in their product when so many women would potentially be excluded from its use.

I immediately called the doctor, who was actually also surprised to hear that nickel was in the ParaGard. I would have almost preferred her saying “OH, you didn’t tell me you were allergic to nickel! Yes, I know about it.” She agreed that I should come in immediately and have the offending IUD taken out, which I did. While I may not have had any unicorns dancing around, I definitely saw Bob Marley’s three little birds doing a happy dance around me on my way out of the clinic.

It’s okay Bob, I’m not worried about a thing any more.

When I told my cousin this story, she pointed out how much worse it could have been if I had paid for that IUD. So true! Did you know those things can cost upwards of nearly a grand? I didn’t until I had it taken out. I won’t toot my horn too loudly with this next bit of info, but we have no copay for office visits. As in, I walked in and got the IUD, then two days later I had it removed, and it cost me zilch. But for people who are paying out of pocket, you’d think that medical personnel would be more committed to discovering the ins and outs of their expensive products. What do you think? 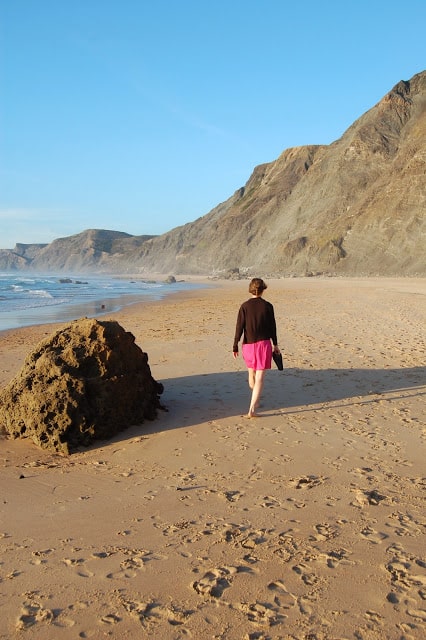