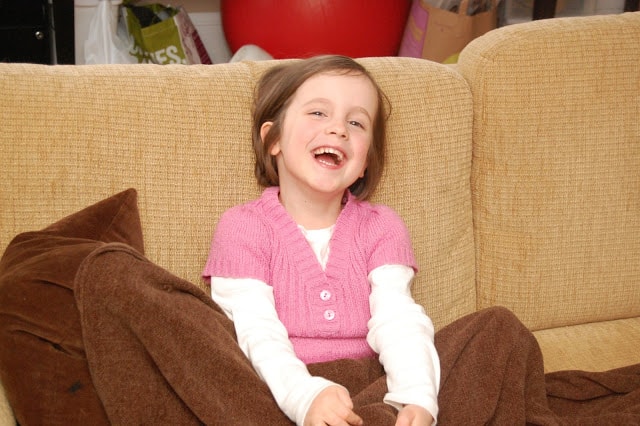 Vivi: To make us all feel better, we borrowed Winnie the Pooh from the library, which we can count on to cheer us up. This pic is Vivi laughing heartily when Pooh’s growling belly makes him dance.

Charlie: Watching her big sis for directions on the next part of their game. She doesn’t miss a moment.