Let’s pause and chuckle for a moment at my plan to exercise every day this month. I could just pinch those adorably naive September cheeks. I’m happy at least to be able to support Nate’s desire to work out every day…and am honestly even happier to use his goal as an excuse to give up my own. I don’t seem to have a single moment to myself, and when I finally get one, I might do yoga but will probably more likely knit or read or just vegetate. Oh, and preserve the bushel of apples we picked last weekend. Yes, a whole bushel. Sheesh.

All of my memories of our past moving troubles are rushing back. Is this like when moms supposedly forget the pain of childbirth? It must be because I think every single person who’s in the middle of moving says “I will NEVER move again!” Myself included. It’s hard, y’all!

Yesterday was rough. The curse of too much of a good thing, I suppose. I was staring at a conference’s abstract review deadline (well-meaning but overly generous volunteer project), the house on its first day after the move, and a possible client in labor. But I still managed to watch some cable TV last night (um, yes I caved) because hello. Cable.

Rather than bore you with the tales of missing shower curtain rings and phone chargers, I’ll tell you about the random fabulous thing that happened last night because of the move. I was in the basement–I may or may not have been searching for shower curtain rings–when my eye caught sight of an old box my dad gave me years ago. It had gotten mixed into retired college textbooks at some point and forgotten about. I thought it only contained newspapers and magazines from when I was little, and maybe an old art project or two, but I decided to crack it open and have a peek. 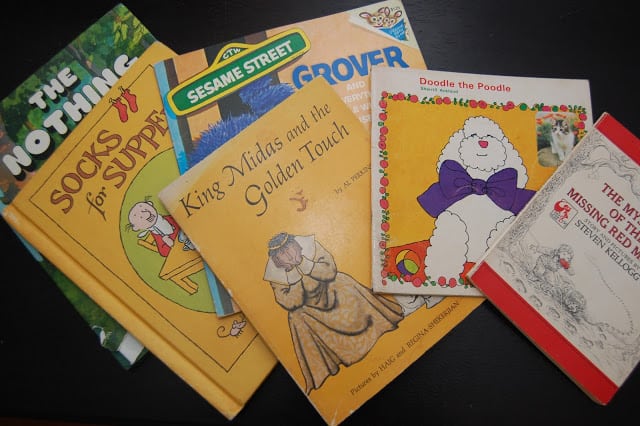 I was surprised to find that underneath the papers was a stack of some of my favorite books from childhood! INCLUDING… Cookie Monster and the Cookie Tree! I was just thinking about buying another copy. The best part about these books is that they aren’t the classics we all know and love from childhood (except for beloved Winnie the Pooh) but were just the books I happened to love best. Some of them I had completely forgotten about until seeing again, and it was as though I had been given back great memories that had been long ago forgotten. Nostalgia. Ain’t it grand? 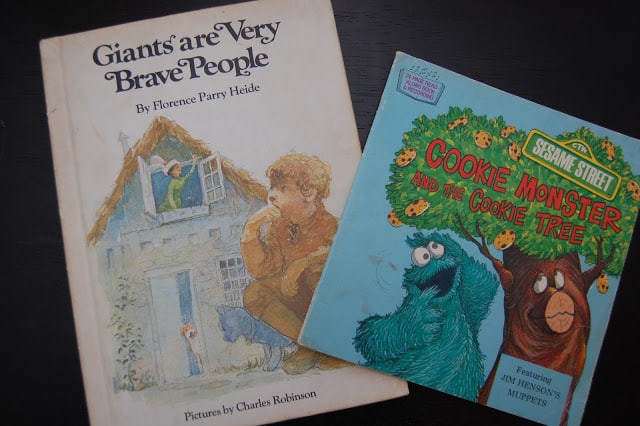 One of my favorites from the stack is Giants are Very Brave People by Florence Parry Heide (I’ve been Googling this one for years trying to figure out what it’s called, and all I had to go on was a line from it–“crumpets and scones and ice cream cones”). I especially love the illustrations… 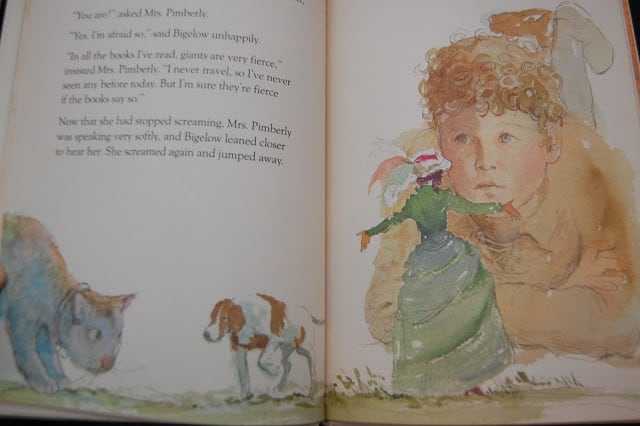