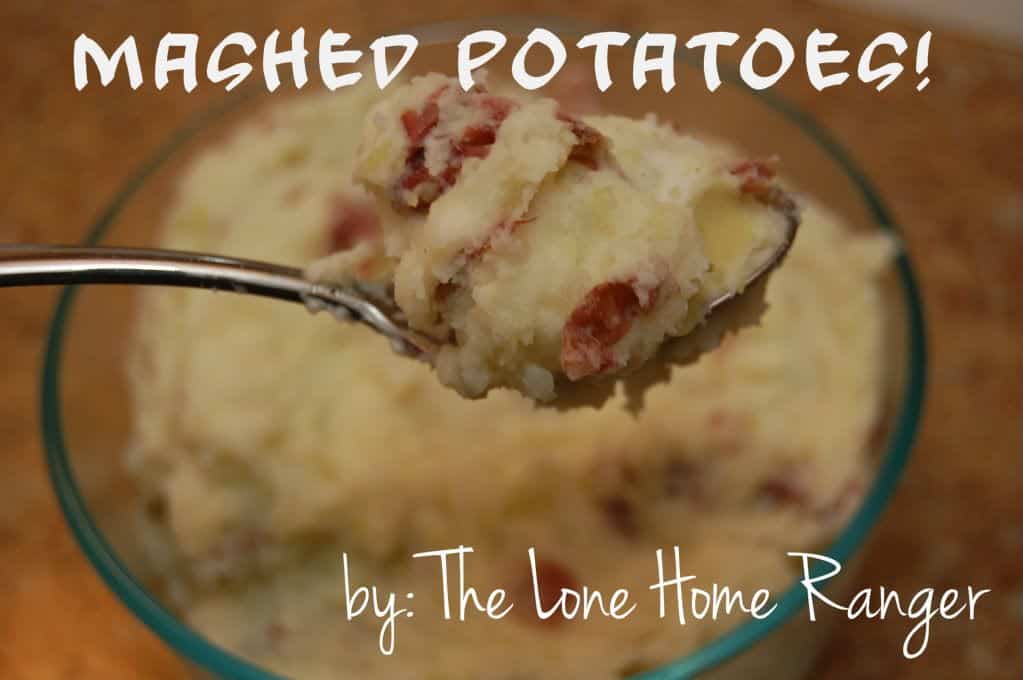 I love me some mashed taters, mmmm hmmmm.  I’ve been perfecting a recipe over the years. It started with just one secret ingredient, cream cheese. In fact, sometimes I still just make them with cream cheese and call it a day (and some chives to make ranch mashed potatoes; an even fancier ranch potato recipe can be found here). Delicious.

But when I’m feeling real fancy-like (said in drawl it’s more like “feeellin’ rill fayn-cee liak”), I add a little extra something–namely rosemary, browned butter, and garlic–that sends this dish to the next stratosphere. You know when you’re at a restaurant and you wonder what in the world they do to their potatoes? This is that recipe. Let’s not even discuss calories. But if you were worried about such things, you wouldn’t be reading a recipe for mashed taters, would you?

2 lbs. (about 8) large red potatoes, cut in cubes (I like skins on, but you can peel them)
1/4 c. cream cheese
1/4 c. butter
1 large sprig rosemary, cut in half
2 garlic cloves, peeled and lightly smashed
salt and pepper, to taste

Boil potatoes in a large pot of salted water until tender. While potatoes are cooking, start a small saute pan on medium heat with the butter, rosemary, and garlic cloves. Allow it to come to a simmer and continue to cook until the foam subsides and the butter begins to brown slightly and smell nutty. After draining the potatoes, add them back to the pot with the cream cheese to melt it. Strain the butter over the pot so just the butter goes in; discard the rosemary and garlic. Sprinkle in salt and pepper. Mash ingredients together with a hand masher. Don’t fuss over it too much, it’s perfect just as it is. Mmmmmmm. 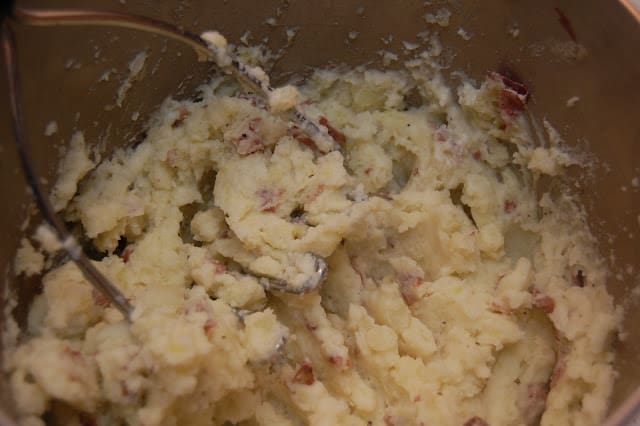