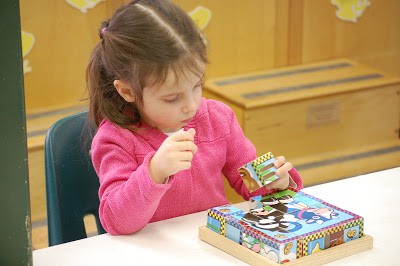 I’ve been struggling with and mulling over whether to tell you what I’m about to say, but I made a pledge to be more honest with you, Reader, and I am sticking to it. The thing is, I’m not quite sure what to say. I’ll just get going with it then.

After Vivi and I returned from our lovely afternoon at a friend’s house a few days ago, we had our nightly ritual where I lay in bed with her, and we exchange the favorite and least favorite parts of our day. We call it “talk about it” because that’s what I called it when I was three years old. Aren’t traditions great? Even when I’m feeling run down and annoyed that it’s my night to do bedtime (and right now it’s always my night), this ritual perks me up and reminds me of why I love being a mom. There are so many days where she says the sweetest, most thoughtful things. 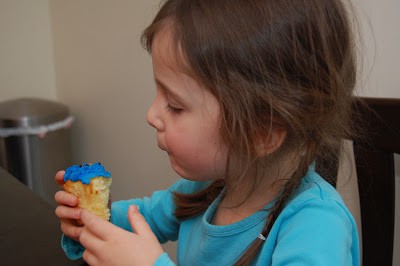 This was not one of those days. After we’d each given our run-downs, we had the following conversation…

Vivi: Mommy, I need to tell you something that happened today. When I was playing princesses with T, we hid under the bed so that we didn’t have to see the princess dying.

…My mouth lolled open for a minute…

Me: Whose idea was this?

Vivi: It was my idea.

Me: Do you know what dying means?

Vivi: Yes, she was dying because the monster came and killed her. T didn’t want to watch, so she asked me to hide under the bed with her.

Me (as calmly as I could muster): WHAT?! WHY WOULD YOU PLAY THAT GAME?!

Vivi: Sheesh, Mommy, I don’t know! Anyway, we only did that for a minute and then we played nice princesses instead because T wanted to.

Did I mention this child is only three years old? I joke about raising a sociopath, but for reals, how much of these shenanigans can one parent take? At that moment, I was so effing mad at Disney and Hans Christian Andersen and The Brothers Grimm, and at myself for allowing this nonsense in my house. I have had the conversation more times than I can count about how much I dislike the ridiculous princess drivel Disney drills into our daughters’ heads from birth, and the other conversation about how unbelievably macabre the Andersen/Grimm stories are.

I suppose it’s a glimmer of hope that she chose to tell me about the incident without being prompted. She clearly wanted to work through the event and T’s skittish reaction. I don’t think I handled my response very well; however, in my defense, going from “The favorite part of my day was when I ate peanut butter crackers” to “I saw a princess dying while hiding under the bed” was a bit more than my tired mommy brain could process.

If you’re wondering about how the princess loot gets here, I do not have a good answer for you. This shit multiplies. One day she has a princess cup, and the next day I’m tripping over tiaras and stepping on a miniature Belle and putting her sandwich in a Tinkerbell lunch box. The real question becomes: WHY do I let it in my house?

This question brings me to why I didn’t want to tell you this story. It isn’t a nice story or a cute story, and it makes me feel I’ve failed Vivi in some small way. I am her mother, and I am the gateway by which she learns most of the information she knows, including the stories from which she pulls during her pretend play. I realize it’s not the end of the world that this dying princess play event happened, and that I do have some parenting rules I’m proud of. For instance, I love the no TV rule, except for the rare occasional program, e.g. PBS’ Nature, a library-rented movie, and Peep and The Big Wide World (I’m a sucker for that one). I just can’t accurately tell you how much this princess business gets under my skin. 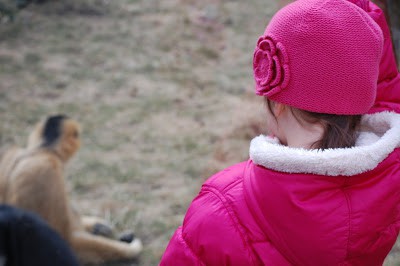 Therefore, rather than endure another single day of princess ballyhoo, I’ve decided to take action, effective immediately. I am getting a box out of the basement, and I am going to round up all the stories about dying princesses, the figurines, the princess panties, the cup, and the princess pencils and coloring books, and we are going to put them in the toy rotation. Vivi already understands this concept and is a willing and active participant in the great toy switcheroo. It is my hope that she will get so much joy out of the new imaginative stories I introduce, like Pippi Longstocking, Charlotte’s Web, and the works of Shel Silverstein and Roald Dahl, that she won’t miss the morbid or banal happily-ever-after tales. But if she does ask for them, I suppose I’ll consider bringing them up for a (brief) visit.

Tell me, Reader, what would YOU do? Do you limit the gruesome or overly advertised Trademark characters? Do you think I’m being too drastic? Not drastic enough? I would love to hear how you handle this issue if it happens in your home.