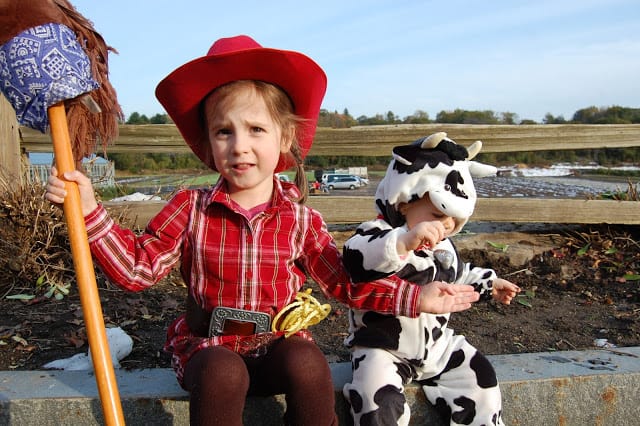 We had a fun-filled Halloween week. I say week because I got Vivi dressed in her cowgirl get-up four times. It began on Thursday with her pre-school party. Then Friday we went to Nate’s office for their party, which was lots of fun. I got to see his office and meet many of colleagues, and they hired a balloon animal guy who made Vivi a pony to go with her costume. Saturday morning was Lexington’s Halloween parade, during which Vivi got to meet Elmo. When Elmo started walking toward town, Vivi postulated that he must be going to get himself a cup of coffee. 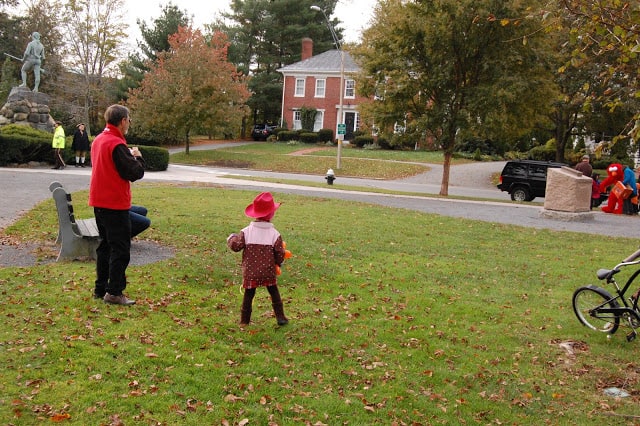 The girls and I spent Halloween afternoon at Wilson farm near our house, which seemed a fitting way to celebrate the holiday given their cow and cowgirl costumes. 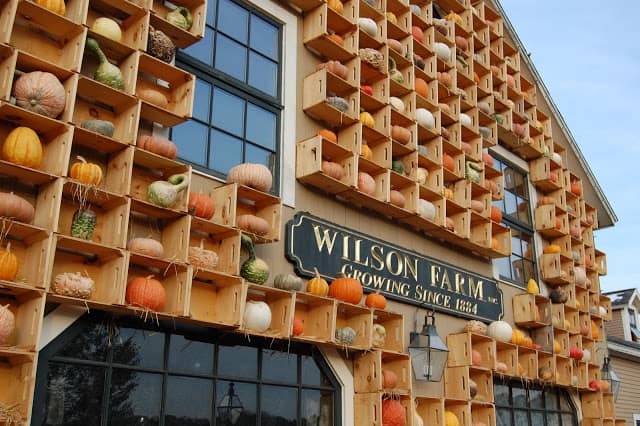 We adore this farm because it sells fantastic food at great prices and makes an attempt to stay connected to the community through constant family-oriented events. Yesterday was no exception; they pulled out the stops with a spooky hayride, trick-or-treating with a choice of local apples or candy corn, and hot fresh apple cider donuts. 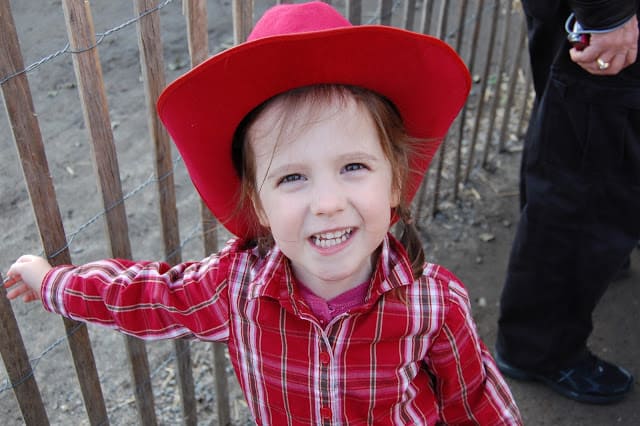 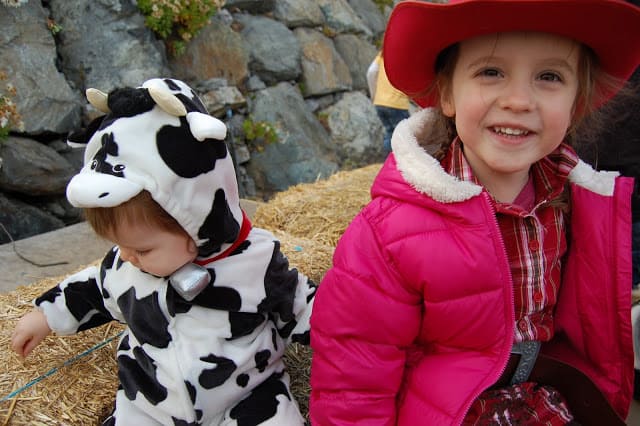 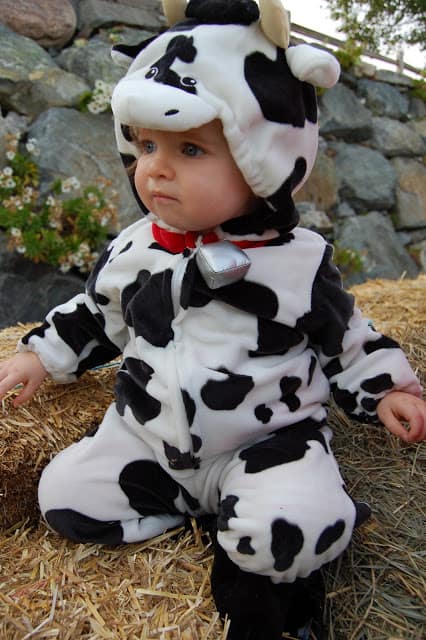 They are also known for their pre-made meals and recipe ideas. We each tasted samples of homemade turkey and mashed heirloom butternut squash (I’ll add this simple, to-die-for recipe later in the week). Charlotte squealed for more after every bite, causing other shoppers to wander over and see what the fuss was about. Someone joked they should keep her around the tasting area as a salesgirl! We ended our trip by stopping by the portrait tent for a shot to win the costume contest. 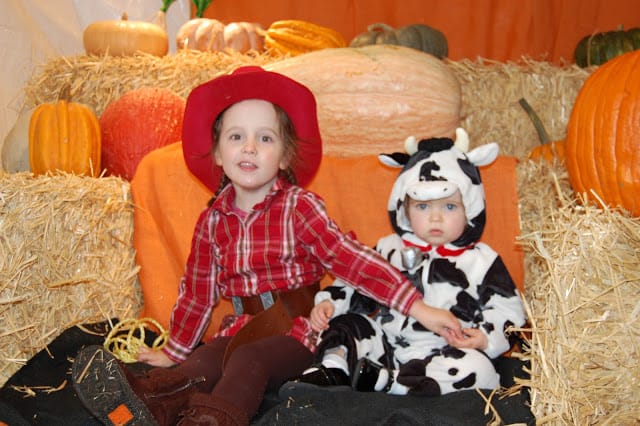 As soon as we got home, Vivi and I scrambled to get our Halloween decorations up. We hung up homemade t-shirt ghosts and put up a scarecrow we picked up at Wilson farm. Within minutes, we had our first trick-or-treater, a boy dressed as a skeleton. Vivi hid around the corner because she was so afraid of his costume! I was glad we had chosen not to take her out in our neighborhood, since his was one of the least scary costumes I saw that night.

As I suspected, we had lots of trick-or-treaters. Most had great costumes, my favorite being the brother and sister dressed as Jack Sparrow and Keira Knightly (or whatever her character’s name is), complete with Victorian corset dress. Toward the end, we had our obligatory share of teenagers dressed in sheets or holding hockey sticks. It was a great night, and the only thing I would change next time would be not to decide to make labor-intensive potato-leek soup while having to answer the door every two minutes.