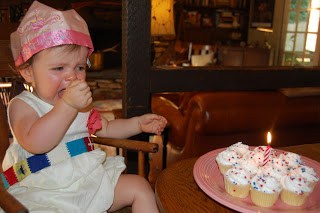 I have decided to make birthday resolutions instead of waiting until New Year’s. Mostly, it’s that I’m tired of all the d-bags crowding up my gym at the start of the year, which makes me loathe the entire premise of NY’s resolutions; conversely, birthday resolutions give me something positive to associate with my birthday and are more fun than a bucket list, in that my list has nothing to do with contemplating the moment someday down the road when I’ll croak. Longest sentence evah. Moving on.

I will digress for a moment to say all this date-of-the-same-number thing is disappointing to me in the same way as Y2K. Ditto for the Sex and the City movie. I wanna be all excited and interested like everyone else, but I’m just not. So I’m voted snobby or curmudgeonly. And then when it finally comes, and it turns out I was right that it is as lame as I thought, nobody gives me any credit. *Big Sigh*

So when I was realizing I didn’t have a blog post idea yet for today (Did you catch that I’m doing the Nablopomo thing?), I decided what better time than on this ridiculously hyped up day of straight ones and dashes to present my resolutions?

Nate and I have this frequent cliche experience in which one of us turns to the other and bemusedly queries, “What did we do before we had kids?” Taken off guard, I admit it can be tough to remember. Upon further reflection, I always eventually remember we both loved volunteering. Sadly, I haven’t volunteered since the kids were born, except for three hours once at a H1N1 mass vaccination clinic.

In the interest of eudaimonia, and now that Charlotte is at a more manageable age, I want to begin volunteering again. But where to begin? I’ve considered rejoining the Medical Reserve Corps, but that membership will only require a few hours every so often. I could do Meals on Wheels or help an organization serving homeless individuals. Those both sound rewarding, but I have some other ideas I’m mulling over. I’ll report back when I think of something.

Numbers two and three on my list are pretty self-explanatory. Three is a bit harder because it requires a financial commitment. I’ve been considering becoming a doula ever since Vivi was born. I loved my childbirth experiences, and I have a burning desire to help other women achieve the births they want. Get it? Burning desire? Yuk yuk.

I’m still tooling around with the idea of number four because my last few “I have to read blah blah blah finally,” i.e. Love in the Time of Cholera, The Unbearable Lightness of Being, and Wuthering Heights, have all been abysmal failures. It could be that I’m just not sophisticated enough to get the subtlety (or to spell ‘subtlety’ for that matter). But I may press on, as my favorite teacher considered it Joyce’s masterpiece.

Have you ever made resolutions and stuck to them? Considered what you’ll resolve to do yet in 2012? Given the Mayans’ prediction, perhaps a bucket list is more appropriate after all. Hmmm.

Update: I wrote this message before turning on NPR or even looking at CNN.com. Heck, even Facebook would have done the trick. Alas, I didn’t remember it was Veteran’s Day today (downside to a homemade calendar). I am grateful for all of our members of service, especially for my mother and father-in-law, and for my cousin who is currently in Iraq. Thank you!