I am not sure what my long-term solution for video storage and play will be, but for now I’ve noted I come here to show videos to the kids, so I’m adding a new one. Hope you enjoy!

Email ThisBlogThis!Share to TwitterShare to FacebookShare to PinterestLabels:Boston,Snow,Video,Winter

I didn’t post the weekly update pic last week partly because I wasn’t sure if I wanted to share that we were in a commercial. It seems like no matter how I phrase it, that kind of update drips with exaggerated conceit, almost too “Hey look at this impossibly cool thing I’m doing!” even for a self-important blogger like me. Then we got more snow, and I didn’t want to be that person who is all “Poor me! It is snowing AGAIN!” so I stayed away for that reason too.

But then my family shared the commercial on Facebook and said such sweet things about us, and I thought okay, reality check. We are all fine, yes. And I do want you to know about the new Family Breakfast Project, which is how we got in a commercial in the first place (note: you can see the commercial in that link). Remember when I posted about the Family Dinner Project last year? They are the same organization sponsoring this new program.

So basically, last week was surreal in a few different ways.

The snow isn’t even the surreal part, although it has been a huge amount. I mostly don’t mind the snow; it is magical when falling, and after that you dress for the weather and get over it. The unfortunate part of this weather isn’t in fact the snow but the cold; it has been almost too cold even for Charlie to play in the snow, but Vivi is determined to play no matter what the temperature and will stay out there by herself for an hour or more, just digging and rolling around.

But here’s the truly surreal part. We took them sledding over the weekend, and after just a few rounds with us at the helm, the girls decided to sled on their own! They are true New Englanders. I feel the need to mention that the first time I saw this hill covered with snow three years ago, I was hesitant to go down it. Me, a grown human. And now my three-year-old is solo-traversing it. Life, man, it’s weird like that.

You are probably already sick of my “y’all, I am tired of this weather” whine, so I’ll spare you. But yes, that is still on the rant rotation. Because this is the typical weather report for this unusually-cold January (you’ll have to take my word for it that the report also read, “feels like -11ºF”)…

But right, okay, I said I wasn’t going to complain about the weather. And I try not to, honestly! If it weren’t for my bloody hands (or, well, you know, not literally bloody, just splotchy and numb), I think I’d appreciate the cold air more.

In almost every way, I truly do lead a charmed life, in that I have as much comfort as I could ask for. Also, it’s not like I have a real 9-5 job or anything, so when I do have some short bouts of walking around in the cold, I can follow it up by as much snuggling and hot tea and as many blankets as I want when I get inside. But wait, now I sound like I’m gloating. There’s just no winning with you, is there Reader?

I realize I didn’t come around the blog at all last week except for my weekly update post. [Well, that and I did some mid-winter blog cleaning and got rid of my banner. Just trying it out. Any opinions? Or did you even notice?] But would you believe I’ve been writing every day? I have more to say about that, but I’ll save it for another post. It’s been a while since I’ve shared a post that was primarily pictures, and this is feeling like a good time to do that.

The girls were so happy to have sticky snowman snow finally, but then after the first day it fell, it’s been so cold they haven’t been able to play in it! But luckily I brought my camera out and caught these moments. 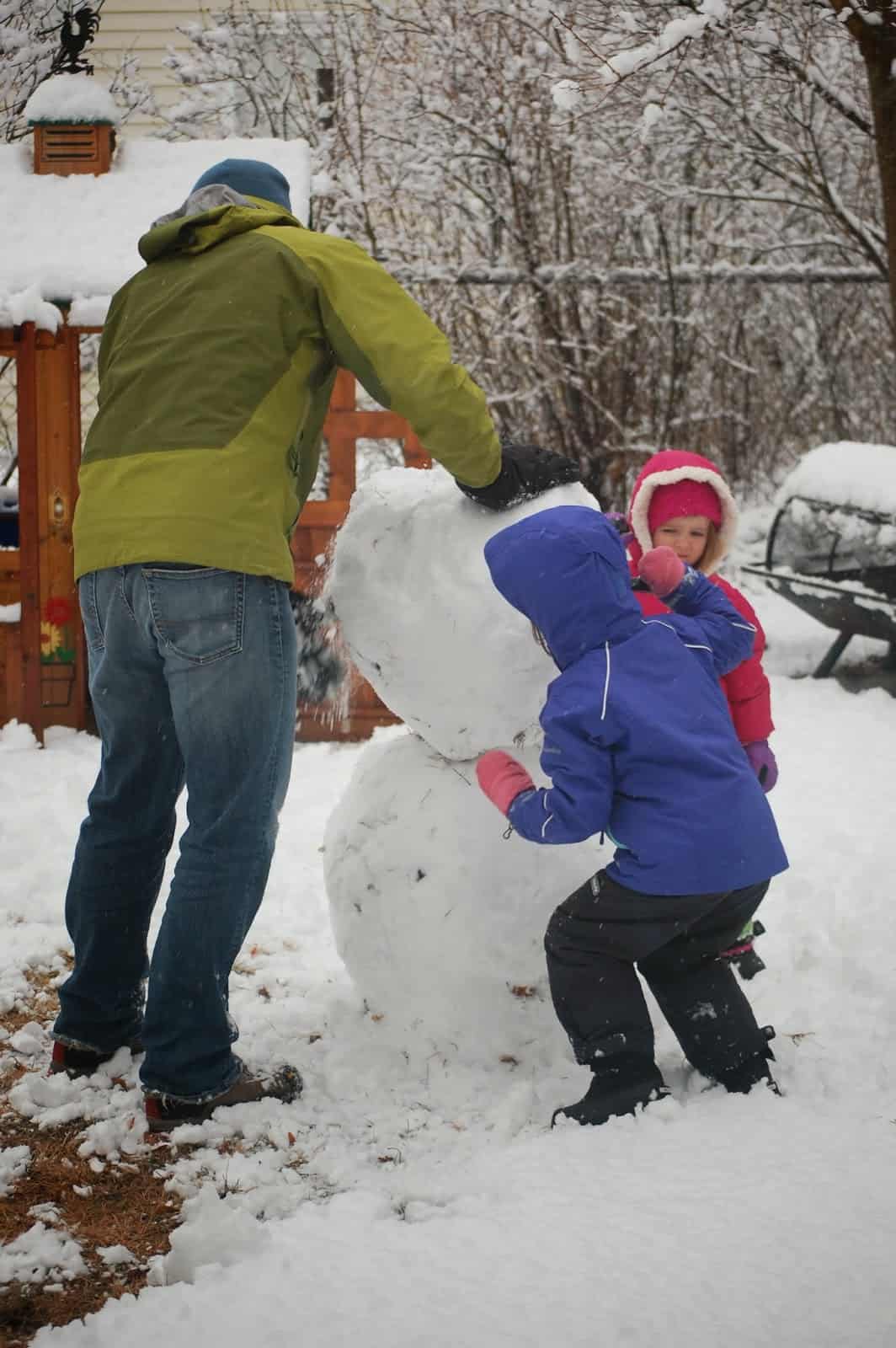 how big is your snow plow?

I could probably fill in material just from the snow days for the next week, but I’ll try to be editorial in determining what makes the cut. Just in time for the storm, Netflix dumped a slew of episodes of their new show, House of Cards, in our lap. Throw in some chocolate chip cookies, knitting, and a fire, and you’ve got the picture of how we’ve been spending our evenings. Whoever said Boston in February stinks is nuts. Boston in February is wonderful. It’s April and May that are the pits.

Can you believe that it’s business as usual again already around here? These people know how to recover from a storm. Quite an accomplishment, I must say. 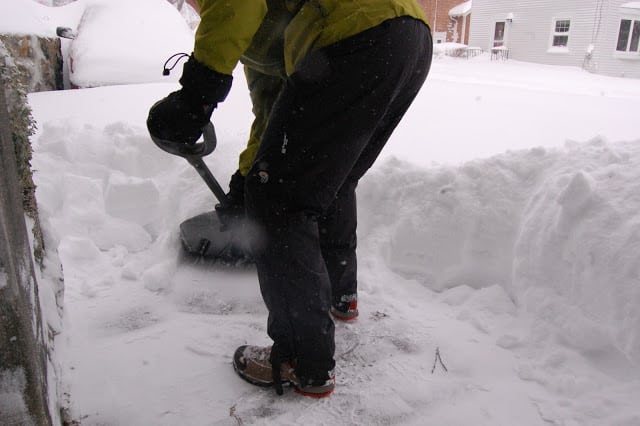 An interesting change in rhythm happens when it snows. Yes, we eat all the carbohydrates in sight and snuggle in to watch the fire, but that’s not all. Whether we are shoveling a path with neighbors or postulating on the odds of outdoor play, our native dialect becomes one of winter weather. We talk of snowman snow and snow angel snow and igloo snow, and suddenly I understand why the Samis have 180 words to describe the substance.

For Vivi, I imagine the highlight of watching the snow come down was that she spotted a solitary puffed-up robin tucked in some branches outside our window. As she is out there now trudging around building castles and digging trenches, I hope she is tucking away little memories of our days together. 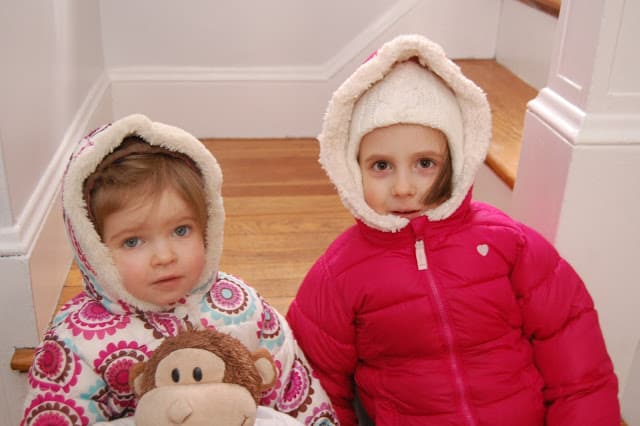 Nemo the blizzard showed up yesterday and is still coming as of 7:30 this morning! Apparently we’re going to keep getting snow through about 10am. I haven’t gotten up the nerve to bundle up yet, but when it stops I will so you can see better perspectives of how much snow we have. 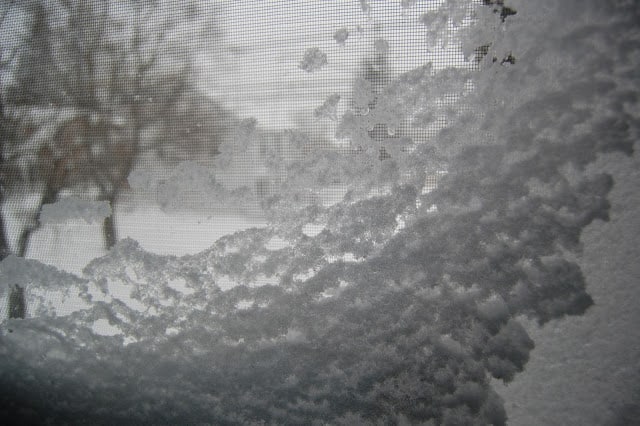 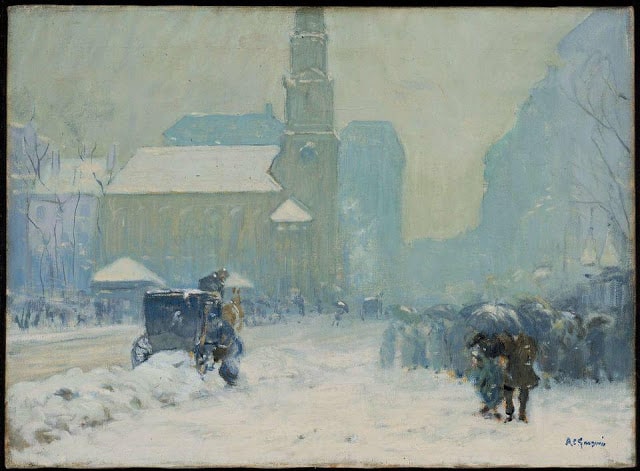 I’m sure we’ll have our own pictures of the snow soon enough, but for now, here’s a painting from the Museum of Fine Arts showing Boston, circa 1908. Bring on the blizzard!
at10:09 AM2 comments:

Email ThisBlogThis!Share to TwitterShare to FacebookShare to PinterestLabels:Boston,Snow,this moment

We rang in the new year Boston-style with some fantastic sledding. Hope you’re having a good time wherever you are! Be safe, and I’ll see you again in 2013. 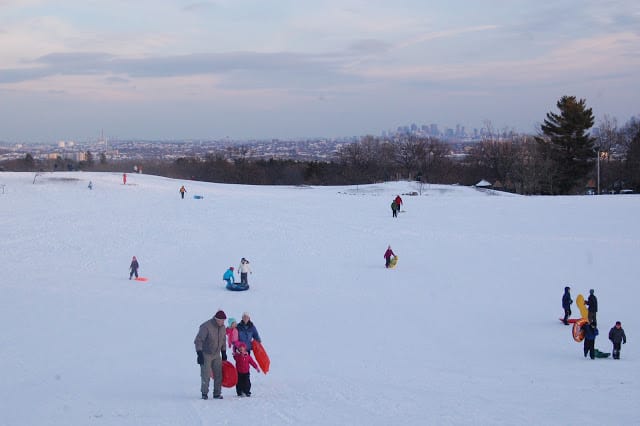