…in which Pooh goes hunting for trolls and finds some

Yesterday I suddenly remembered I had never gone on Facebook to read the comments about my article on Natural Parents Network. The new thing seems to be to comment on Facebook instead of directly on a blog, presumably because there are no comment moderators to delete whatever nutty thing they feel like saying. Indeed, moderation is not a word one would routinely ascribe to the Facebook medium.

what does the guinea hen say?

Nate has recently upped his thoughtfulness in the gift department. After last month’s anniversary gift (Garner’s Modern American Usage) and this week’s birthday gift (the above guinea hen that I have been pining over in the town trade shop window for the past six months), it is GAME ON at Christmas.

When the kids saw the guinea hen at separate moments on my birthday–it was hanging out on the mantel–they both said independently of hearing the other, “QUACK!” It cracked me up because it doesn’t remotely resemble a duck to me. When I told them such, they of course wanted to know what a guinea hen says.

…And then I finally showed them this video, which left them no less confused, but they were at least able to come up with creative sounds for the guinea hen. My vote is “wow pow pow pow pow pa pow!”at1:04 PM6 comments:

Did y’all read Tina Fey’s article in the Huff Post? I loved every word and read it twice. In fact, I just went back and read it a third time after writing the last sentence. She is a smart lady. Despite some criticism I heard before reading it, I also liked Bossypants. A devotee of 30 Rock, I pretty much adore everything she puts her stamp on.

Back to that article. I don’t normally consider myself a yes woman. I don’t go out on a limb. I play it safe. I’m not a trendsetter. I’m not an early adopter of technology, books, hairstyles, TV shows, leisure activities, or food. I suppose the only exception to that rule could be health trends, but I don’t count that area because you’re supposed to adopt trends in your field early. It’s called a job.

Lately, as part of a non-resolution-resolution, I decided to pay attention to whether I’m saying yes or no to the opportunities that come my way and say yes to them when I can. That is, when my answer as to why I want to say no is lame, I say yes. This practice is harder than I thought it’d be, and it means I’m trying LOTS of new things.

Eat canned fish that isn’t tuna?
Erm, I guess so.

Have you tried anything lately that you hesitated to do at first? How’d it turn out? I have a hunch Ms. Fey is correct that saying yes just might make the difference for becoming a successful person. Well, that and 10,000 hours

you found me how?! 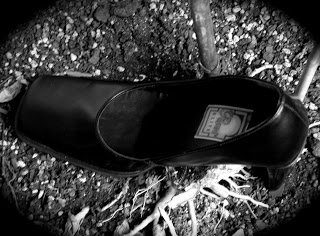 I got the idea to post about the crazy ways people find my blog via Word Nerd Speaks. This is my first installment, aside from the time I laughed about geese and Tim Geithner, of what I imagine will be a more frequent occurrence of the people who find my blog through strange and sometimes hilarious Google searches. The following are some of the #youfoundmehow searches from this month:

Email ThisBlogThis!Share to TwitterShare to FacebookShare to PinterestLabels:#youfoundmehow,Blogging,Funny,NaBloPoMo,Whackadoo

A few things have crossed my path this week which have given me true laugh-out-loud moments (I mean really, how many times do we LOL when reading a text message?), so I thought I’d share them with you. The first is one that my trusty friend Is it Old? told me is so old it’s dead, but I don’t care. I’m sharing it anyway! Maybe some of you are even slower at me to be introduced to funny things on the interwebs. It is a website called The Oatmeal; it came to us from someone in Nate’s office who thought of him when they read this brain comic. I have been going back to it occasionally for more laughs (see here, or actually, all of these), and it never fails.

My second share is a book I read much of while we watched football this weekend:

Carrie Fisher is as delightfully self-deprecating and honest as she is hilarious and insightful. I so rarely get to use the word salacious, but it certainly applies in her accounts of past relationships. I typically shun the autobiographical works of celebrities, but I so loved her talented semi-autobiographical novels that I’ve read (Postcards from the Edge and Surrender the Pink) that I couldn’t wait to read the real deal. Who wouldn’t want to know more about a marriage to Paul Simon?

One seldom finds someone with mental illness who is willing to share the details of their struggle in such an open and eloquent way. I agree with the New York Post that “she has expert comic timing and, perhaps more importantly, better stories than most drug addicts.” She describes her experience with the mood swings of manic-depression/bipolar disorder, and I sympathize with how troubled her existence must be at times.

My only minor criticism is that she went into a bit more detail than I cared to know about her parents’ relationships, but I imagine this addition was for the benefit of the curious generations before me (her parents are the Hollywood celebrities Debbie Reynolds and Eddie Fisher). It is a trivial complaint and one that’s easy to forgive given how quickly I read the book. I immediately got her newest book “Shockaholic” so I can continue learning of her tales of having ECT, i.e. electro-convulsive shock therapy.

Email ThisBlogThis!Share to TwitterShare to FacebookShare to PinterestLabels:Best of the Interwebs,Books,Funny

Now this is a movement I can get behind. 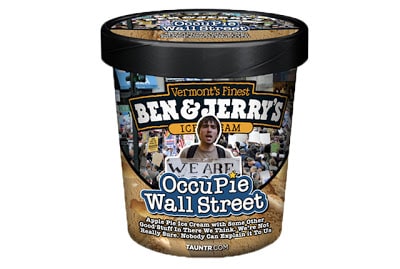 Mmmmmmm, pie. I love all pie. If I had to choose one pie for eternity, it would be tough to choose between blackberry (specifically, blackberry pie from Greenwood’s Restaurant in Roswell, Georgia), peach, and chocolate pecan. The Kitchn has a chess pie I’m itching to try out, even though I’m what you’d call a cook, not a baker. What’s your favorite pie?at2:55 PM7 comments: