The sport of biking took a bit hit last week with Lance Armstrong’s pseudo-confession. My favorite analysis of said confession took place over the weekend on NPR. Well said. I figured this week was a good time to put some positive biking vibes out there, so I’m adding another installment of my spinning workouts. I’ll also give my friend Elizabeth a shout-out via a link to a cool article about her biking advocacy. She does great work for the League of American Bicyclists, and you just can’t help but love the thought of biking to work after reading that article.

A part of our move to Boston that I loved was discovering a New Wave alt/indie rock radio station. Upon hearing that it had been around almost as long as I’ve been alive, I was even more ecstatic, figuring it to be a landmark part of the town that the people here wouldn’t be willing to let go. Unfortunately, that assumption turned out to be false, and no sooner had it become a fixture in my daily life than I heard that it was going to be replaced by more banal drivel. Sigh. Is it impossible to have anything other than Seacrest on the radio? 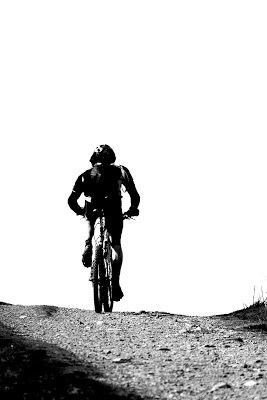 Good morning! I’m headed out to the gym to catch my Pioneer Woman cooking show, but before I go, here’s another one-hour spinning workout (check out the rest of the series here). Remember that even if you’re not into spinning, the music is great for any exercise or as background motivation for cleaning the house. I’m calling it “Arcade Fire” because I used a few of their songs. This workout follows the rhythm of workout {4}:upbeat closely; I enjoy the upbeat pattern and sought to repeat it. As always, you can check out the playlist on Spotify. Get moving!
Read more »at8:30 AM3 comments:

When I was in high school, I loved making mixed tapes. My dad turned me onto the practice, which became something of an obsession during the High Fidelity era–as did all other things associated with John Cusack. {Swoon.}

This is the latest of a series of spinning workouts I’ve shared (see the first three: #1, #2, and #3). There are a few slow songs in this one, but for the most part this set is full of happy beats. Would that be a major key, Nate? Never did understand the major/minor key difference. Hopefully my kids will have a better musical education. I spent my entire guitar training when I was in high school talking about God to my teacher (a masters in theology along with music).

Stand in the seat in hand position 2, like hovering but without as much bend in the knee. High cadence, low resistance, like a standing half-sprint.

Continue standing and move to hand position 3, start climbing out of the gate. Gradually add resistance and lower cadence.

Sit down in the saddle, release some resistance and pick up the cadence. Begin sprinting at 0:30 in when high-pitched singer begins talking. Slow it down at tempo break at 0:52. Begin sprinting again at 1:20 and continue until song abruptly stops.

Stay hydrated. Focus on using every part of your legs to propel yourself. Don’t lean on your palms.

This tempo is slow enough that you can crank up the resistance for some strength training.

Release resistance and start with jumps (switch every 8 sec). At 1:32, switch to sprint until 2:04, then back to jumps. Back to sprint again at 2:54 until 3:26, then finish with seated climb (add resistance).

A bit of chipper spinning.

Increase resistance, hop out of saddle, and feel the burn.

Back in the saddle, resistance released and gradually added.

Get through this song. You’re almost done.

Release resistance and sit up in saddle. Stretch arms while you gradually lower your heart rate.at8:00 AMNo comments:

I got some positive feedback after sharing the spinning workouts (see #1 and #2), so I thought I’d share a few more I’ve been doing. This one is a slow burn, for a day when you want an hour of exercise but aren’t up for a butt-kicking workout.

1) “I Can See Clearly Now” by Johnny Nash. 2:46. A little positive energy to get you in the mood. Warm up and stretch. Flat spinning.

Standing in hand position 3, start climbing out of the gate. Gradually add resistance and lower cadence. When music abruptly changes to jazzy piano, release resistance, get back in the saddle and get some water.

Spin during verses, sitting sprint during choruses. At 1:30 left, recover until 1:00, then out of the saddle hovering sprint for the remainder.

Start with longer counts between switching from standing to sitting (8 counts), then progress to faster jumps until you are moving quickly (2 counts).

Add resistance every 30 seconds. Feel the burn. When guitar picks up at 0:24 left, recover and hydrate.

Recover until 0:50 into song, when guitar picks up. Add resistance every minute after that. When volume dips at 4:00, begin recovery.

Let the steady state begin. Get water periodically between songs or in slow segments. Sit up when needed.

Sprint during her “Is it ever gonna be enough?” choruses. Maintain high cadence during other periods.

Begin to relax, but keep resistance at a good pace.

Release resistance and sit up in saddle. Stretch arms while you gradually lower your heart rate.at8:27 PM3 comments:

Update (2/28/12): I’m updating this post with a link to my Spotify playlist. Yay technology!

So you know I’m not stuck in the ’80s, I thought I should follow up my first workout with a modern spin with less comic relief. When done with good resistance, this one will kick your butt (or my butt, on the chance I’m the only one using it).

Start with longer counts between switching from standing to sitting (like 10-12 counts), then progress to faster jumps until you are moving quickly (1-2 counts).

Standing in hand position 3, start climbing out of the gate. Gradually add resistance and lower cadence. With 0:08 left, release resistance and grab water.

Begin in a squat. Change from squat to jumps during tempo changes (e.g. at 0:59).

Going from squat to hover, you’re going to feel a serious burn. At the claps at 0:40 left, release resistance and begin recovery and hydration.

Keep resistance low and start with jumps. At 0:56, switch to sprint until 1:22, then back to jumps. Back to sprint again at 2:11 until 3:26, then finish with seated climb (add resistance).

Hop out of saddle, maintain high resistance and keep adding every 45 seconds.

Hop out of the saddle and stay up in hand position 3 for entire song. Add resistance and lower cadence every 20-30 sec.

Start with a good spin and gradually add resistance in the saddle to move toward seated climb.

Release resistance and sit up in saddle. Stretch arms while you gradually lower your heart rate.at10:17 AM3 comments:

Update (2/28/12): I am updating this post with a link to my Spotify playlist. Yay technology!

If you’ve never taken a spinning class, the following workout probably won’t make much sense to you. But I highly recommend trying out a class. Next to erging and swimming, it’s the best way to kick my butt in an hour of exercise. The terminology has been similar at most places I’ve taken classes, but just to be sure we’re on the same page, here’s a quick definition list. As for the music I share below, take it or leave it at will. I like to have a theme to my workouts, and you can probably tell this one is full of ’80’s nostalgia. I suggest you listen to a bit of each song on iTunes to see if you like it, and if you don’t you’ll at least get an idea of the tempo I was going for. If you don’t love it, don’t use it! I promise that any song even mildly annoying to you will become 10 times worse while you’re struggling through a tough spin.

Seated position. Increase resistance and lower cadence during the song.

Start with longer counts between switching from standing to sitting (like 10-12 counts), then progress to faster jumps until you are moving quickly (1-2 counts).

Take it to seated flat again, no resistance, and get water. At about 0:45 into the song (when the singing begins), begin climbing. Add resistance (1/2-1 turn) every min.

Release resistance for some recovery spinning. Stay hydrated. Add resistance but maintain high cadence, then at about 1:20 (“Run run run” sequence) begin sprinting. Take it back down a bit when music changes. At 2nd “Run run run” (about 2:10) sprint for remainder of song. Recover at “Play it cool boy” (~15 sec left).

Begin song with a sprint until 1:15, then switch to jumps. At about 2:30, when it sounds like the song is going to end (but doesn’t), sprint out the remainder of the song.

This is a long song. Any song by Tiesto is awesome for spinning. Spin out the first 4:10, then hover for remainder of song. Burn baby burn.

Change it up however you like to make yourself work hard. Maintain good body posture.

Add resistance more frequently than previous climb, every 20-30 sec. I love this song for climbing.

I find that I need some encouragement at this point in the workout, and a good laugh keeps me going. Enter Kenny Loggins…always good for a smile. When guitar riff comes on at 1:26, switch from recovery to hard sprint in saddle. Keep high tempo through rest of song.

Begin song with seated climb until tempo change at 0:51, switch to standing squat. Go back and forth with tempo changes throughout song.

Last chance for glory. Push it out. Feel the burn.

Get water as needed. Cool-down is coming up, so gradually lower resistance through song.

A little levity goes a long way when you’ve been pushing yourself for an hour. Relax, smile, breathe. You’re done!at8:00 AM4 comments: